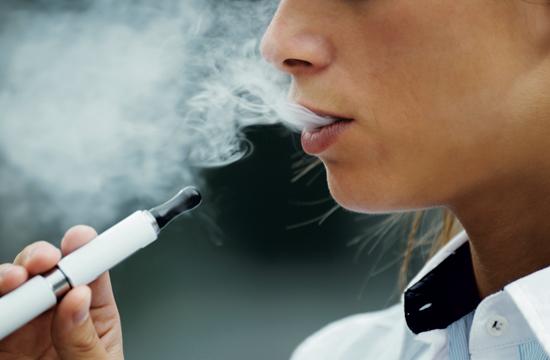 There was a time when smoking tobacco was considered cool. Over time, cigarette smoking has become heavily regulated and has formed a social stigma in California and other regions in the United States.

However, in recent years, an alternative and apparently viable option made itself available for those either yearning to have or gradually diminish an oral fixation: e-cigarettes.

Colloquially known as “vaping,” the uses of e-cigarettes have mostly been legal until very recently. Cities such as Long Beach and Los Angeles have recently taken steps to regulate e-cigarettes within their respective city limits. Similarly moves have been made in Chicago and New York City.

The next city on deck to potentially regulate e-cigarettes: Santa Monica.

“It’s no secret there has been concern about electronic [smoking] devices that imitate cigarettes. I’m really concerned these are precursors to the smoking habit,” Holbrook told his colleagues.

Holbrook initially moved to have City staff return to the dais with a proposed ordinance regulating e-cigarettes. However, Council members Kevin McKeown and Ted Winterer backed an alternate motion directing City staff research the issue first and report back with options.

The motion did include a sense of urgency, as council members directed City staff to return back with a report on facts and potential options as expeditiously as possible.

“The exercise of municipal police power to control individual behavior must be founded on facts,” McKeown stated. “There is medical research on both sides of this issue. I would like the chance to look at that research … and come up with an ordinance that protects people where necessary but doesn’t impinge upon individuals beyond what the science tells us is reasonable to do.”

During public testimony, resident Ian James Johnson said he was sickened by e-cigarette regulations that has been proposed or already enacted.

“This is really sickening the way this is going around the country. There is absolutely no scientific … evidence to show there is damage being done by this, particularly the second-hand users,” Johnson told the council. “We all have the right to put things in our body that aren’t good for us. If you spend the money on education as opposed to telling people what to do, they will make the right choices.”

Resident Kevin Kleiman said he hoped the council and City staff would properly research the pros and cons of e-cigarettes before regulating the devices.

“There really hasn’t been any major study to show what these things can or cannot do,” Kleiman told the council.

Still, e-cigarette regulation has been a hot topic locally, nationally, and internationally.

In April 2011, the U.S. Food and Drug Administration (FDA) announced it would regulate e-cigarettes the same traditional tobacco products.

A federal court in Washington, D.C., ruled in 2010 e-cigarettes could be regulated as a tobacco product instead of a drug-delivery device, which are subject to stricter regulations.

According to the FDA, tobacco products cannot be marketed “in combination with any other article or product regulated under the [Food, Drug, and Cosmetic Act], including a drug, biologic, food, cosmetic, medical device, or a dietary supplement.”

However, according to Business Week, the FDA has yet to follow through with its promise to regulate e-cigarettes.

The reported lack of action by the FDA has not prevented cities such as Los Angeles from banning e-cigarette use in public places within its borders.

Cities are not the only governmental entities moving on e-cigarette regulation. The Iowa state legislature reportedly has a bill on the floor making it illegal for stores statewide to sell e-cigarettes and other nicotine-related products to anyone under the age of 18.

Internationally, the European Parliament, which governs the European Union, reportedly passed a ban on e-cigarette advertisements and approved childproof packaging. The new regulations reportedly approved in late February also limited the amount of nicotine content allowable within each e-cigarette device.

An e-cigarette is a battery-powered device with a nicotine cartridge inside. The nicotine is dissolved into a combination of glycol and water, which allows the device to emit a colorless vapor free of tar or other substances generally deemed to be harmful. Accordingly, e-cigarettes have often been considered a less obtrusive alternative to traditional cigarettes.

A key element of the e-cigarette debate is whether use of the device translates into increased use of traditional cigarettes or if it helps cigarette smokers quit the oral habit altogether.

Council member Gleam Davis was not present at the March 18 council meeting.