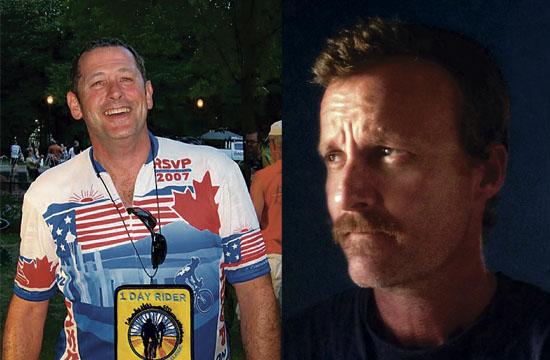 Santa Monica’s Recreation & Parks Commission gained two new commissioners recently, both who have an eye on keeping the city spacious and green.

Appointed to the commission Thursday, Nov. 20, at the organization’s monthly meeting, John Cyrus Smith and Kurt Schwengel are the most recent additions to the advisory body that is often pivotal to Santa Monica City Council decisions.

Excited about his new role, Commissioner John Cyrus Smith said that he is looking forward to increasing the number of parks and open spaces in Santa Monica.

“I think the Commission, and the city as a whole, have a great opportunity, now that the elections are behind us, to chart a more inclusive approach to creating an even more vibrant and sustainable city,” Smith said. “Let’s get to work!”

The Recreation & Parks Commission advises City Council and City staff on matters related to recreation and use of public open space.

Born and raised in Santa Monica and a frequent user of many of the city’s parks, Kurt Schwengel said that his focus is improving the lives of the residents of Santa Monica.

“We are blessed with some world-class parks and beaches,” Schwengel said. “I want to be the voice of balance between our booming tourism and how it impacts our residents. I would like to look for new and creative ways to ensure our residents are getting the most out of our parks and beaches.”

Schwengel’s father Frank was a well-known fixture in Santa Monica, dedicating a life-time of service to helping local youth, Kurt hopes to continue his legacy.

“I am thrilled to be following in my father, Frank Schwengel’s, footsteps by being allowed to serve on the Recreation and Parks Commission,” Kurt Schwengel said.

Both new commissioners said that of key importance to them are the issues of development and the increase in visitor numbers to the area.

“I think the Expo line is going to bring a lot more people into Santa Monica than take residents out of Santa Monica and I am concerned how that will impact the areas around the Expo stops,” said Schwengel. “It’s far too late to reverse the recent overdevelopment that has taken place in Santa Monica but there are still opportunities to turn Santa Monica back into the pro-resident beach town that I grew up in.”

Smith added that Santa Monica’s eight square miles are some of the densest in America, even more so than the city’s big neighbor, Los Angeles.

“We’ve done an excellent job creating bike lanes and making the pedestrian experience safe and enjoyable,” Smith said. “We also possess some of the most beautiful parks anywhere in the world. I think we need more of them.”

Smith said that a focus on more basic and fiscally-responsible efforts is need and possible.

“I also believe change is inevitable, but there are too many projects in the pipeline that enhance the profitability of the people building them, at the expense of our quality of life,” he

said. “It’s time to change that dynamic. Development should be in scale with our neighborhoods and benefit residents.”

For more information and agendas, visit smgov.net or email ccs@smgov.net.