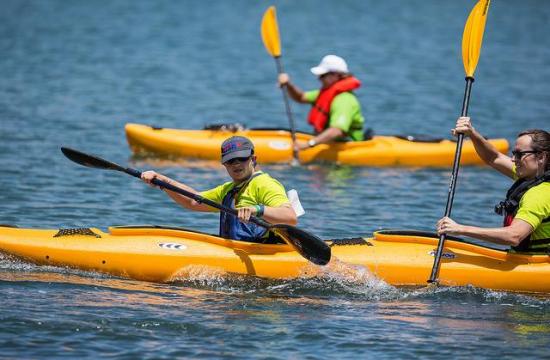 The 2015 Special Olympics World Games will come to a close today in the same venue where they began this time last week — the Los Angeles Memorial Coliseum.

It will be a celebration of the estimated 6,500 athletes from 165 countries who competed for medals in 14 sports at locations throughout the greater Los Angeles area.

Organizers say this year’s was the largest Special Olympics to date.

The Games were founded in Chicago in July 1968 by the late Eunice Kennedy Shriver and the city of Chicago to foster new opportunities for acceptance and inclusion for individuals with intellectual disabilities.

Held every two years, the event alternates between Summer Games and Winter Games.

Today’s closing ceremony will acknowledge the upcoming Winter Games scheduled for 2017 and hosted by Austria.

As the current games come to a close, representatives from Austria will take the Special Olympics World Games flag during a traditional hand-off while the Olympic flame atop the Memorial Coliseum is extinguished.