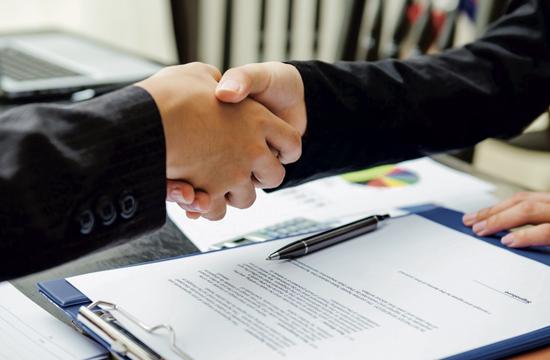 There’s something that’s spread faster than the Zika virus among most employers over these past several years. It’s called the mandatory pre-employment arbitration contract, and you probably signed one as a condition of taking a job.

Pre-employment arbitration contracts boil down to this: in any future dispute, you waive your right to take your boss to civil court and make a case before a jury. You can’t even join a class action suit against, say, hazardous working conditions or pervasive labor law violations. Instead, you’re restricted to adjudicating your dispute before an arbitrator, a single person whose decision is binding. No appeals allowed.

That sure sounds like a messed up way to start a new job. Yet the deck is stacked against you: What if you don’t sign? Can you still have the job?

It’s been an unbalanced equation. Over the past decade, the U.S. Supreme Court has favored arbitration contracts as a condition of employment. Justice Antonin Scalia was the biggest advocate of pre-employment arbitration agreements, so his death earlier this year may see the court shift its position to weigh employee’s individual rights, as well as employers, when it pertains to signing rights away.

It’s clear the U.S. Supreme Court will need to tackle the matter. Last month the 9th Circuit Court of Appeal held that workers have a substantive right to bring collective actions against their employer, therefore rendering impotent the individual arbitration contracts they signed. The National Labor Relations Board applauded the ruling, which lines up with federal labor laws. But that decision also contradicts earlier interpretations made in similar cases in three other circuit courts, saying that individual arbitration can be forced upon employees under the Federal Arbitration Act.

For years, employers have held all the cards. That might be changing.

Take the recent case of Edgar Tovar. Tovar, who is mentally handicapped, worked eight years at Ralphs/Food4Less and, until the last few months he was there, never had a black mark on his work record.

Then something went wrong. He was transferred to the deli/bakery, where he was subjected to relentless name-calling and hostility. He complained, to no avail. After his sister complained on his behalf, Tovar was fired on the pretext of eating one of the cookies he had prepared.

Tovar sued for disability discrimination, harassment and retaliation. Ralphs/Food4Less in turn filed a motion to compel arbitration, saying Tovar signed a contract when he was hired in 2006 committing himself to resolve disputes through mandatory arbitration.

The judge’s reasoning turned on the following: If Tovar was able to understand what he was signing, he’d have zero chance of taking his case to a jury. But, Tovar has a third-grade reading comprehension level. Was he capable of understanding what he signed?

Doesn’t every contract require the people signing it to be “of sound mind?” And that’s exactly the argument that persuaded a superior court judge, because the ways of measuring mental capacity have been standard for decades. On Aug. 15t, Tovar was given permission to pursue a lawsuit and have a jury decide his case.

I’m not saying companies cannot have these kinds of agreements, but they need to be considered at arm’s length, where everyone knows what’s going on, free of coercion or duress. In contracts, the “arm’s length principle” means parties in a contract stand on independent and equal footing.

Pre-employment arbitration contracts are different than similar arbitration clauses you’ve signed by downloading iTunes, opening a bank account or setting up cell phone service, which fall into the area of consumer law (and have their own problems.)

Employment is a unique context, because people’s lives are at stake. Work is not an optional thing. You can’t just choose to not work or just get another job – where you’d likely be presented with a new pre-employment arbitration contract.

Perhaps California legislators might recognize this as an issue to sink their teeth into. Who can object to putting the arm’s length principle back into pre-employment arbitration agreements?

That could happen by passing a few bills. One would explicitly allow prospective employees to opt out of signing these agreements as a condition of employment. Another would create a single, standard, state-issued arbitration form that applies to every employee and company. Make sure the form says, in reasonably large type and in bold letters, that neither side needs to consent to the agreement – and that it is not mandatory.

Until that happens, though, businesses doing the hiring will keep pushing pre-employment arbitration contracts in front of new hires.