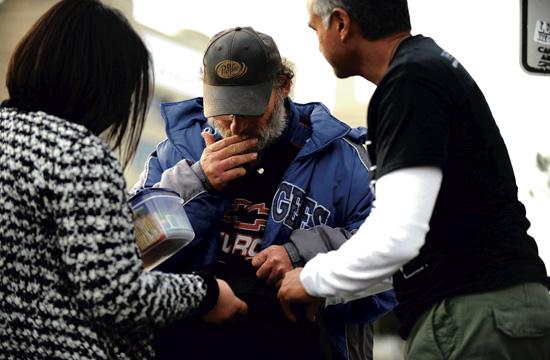 Scott Wiener, the ultra-liberal Democratic state senator from San Francisco appeared surprised the other day to learn the truth of the old saying that no matter how much lipstick you paint on the face of a pig, it remains a swine.

Wiener was stunned when a sweeping proposed law he touted as the solution to California’s serious problems of housing affordability and homelessness was killed – for this year – by the Senate’s Transportation and Housing Committee on a lopsided vote.

“I absolutely did not see that coming,” he told the New York Times.

Wiener planned to nullify much of the zoning that keeps California cities pleasant places where folks who own, rent or buy single-family homes can pretty much figure no one will soon build skyscrapers or big box stores near them.

A host of building trades unions and high tech executives seeking cheaper housing for prospective employees backed his bills taking that assurance away from homeowners living near rapid transit stations or frequently used bus stops, no matter what the carefully crafted plans of their cities might say.

Without doubt the problems Wiener targeted are serious. More than 50,000 persons now live on the streets of Los Angeles County alone, at least 115,000 statewide.

These numbers demonstrate an urgent need for low-cost housing across California. So does the median price of homes in the state, now topping $460,000, more than 30 percent above the levels of just three years ago.

But that doesn’t dictate the kind of wholesale changes Wiener proposed, changes that could have altered the way of life of many millions of Californians. His bill failed because a solution to the problems of hundreds of thousands should not create new problems for many millions of other people. That’s why the plan was opposed by environmental groups and every city that took a position.

As originally proposed, Wiener’s SB 827 called for cancellation of existing single-family zoning within half a mile of light rail stations and within a quarter mile of frequently traveled bus routes. Approval for new buildings of five to eight stories would have been mandated in those areas, covering up to 95 percent of some cities. Existing requirements for parking space would also have been greatly reduced.

The reasoning for this was that planners believe virtually all residents of new transit-adjacent projects will ride the nearby buses and trains, while very few will drive cars. That presumption is flatly wrong. Reports over the last year show public transit ridership has not risen significantly since 2014, even though several new rail lines and extensions opened in that time. Yes, rail ridership is up, but there are fewer bus riders, suggesting some folks likely switched from buses to the much faster trains

Plus, many homes and low-rise apartment buildings would have had to be razed to make way for the denser housing Wiener wanted to prescribe, displacing many thousands of Californians to make room for more thousands of others.

Before the first legislative hearing on his bills, Wiener softened them a bit, lowering the height limit on new buildings from eight to five floors and applying his new zoning only to areas around bus stops that are busy all day, rather than just during rush hours. He also added some protections against evicting existing tenants.

This still would have betrayed homeowners who invested their life savings in the belief that existing zoning assured they would have no high-rise residents peering into their backyards.

Wiener’s revisions, then, were mere lipstick on a pig, not changing the essence of his plan, and opponents easily saw that.

Far better would be to promote local solutions to homeless dilemmas, like a new program letting homeless veterans park overnight on the grounds of some Veterans Administration centers. In Los Angeles, Mayor Eric Garcetti proposes rewards for neighborhoods that support building local homeless shelters, to include more city services like road repairs and cleanups.

Overall, it’s a positive that homelessness and affordability at last are getting major attention. But solutions must be designed not to harm other Californians.