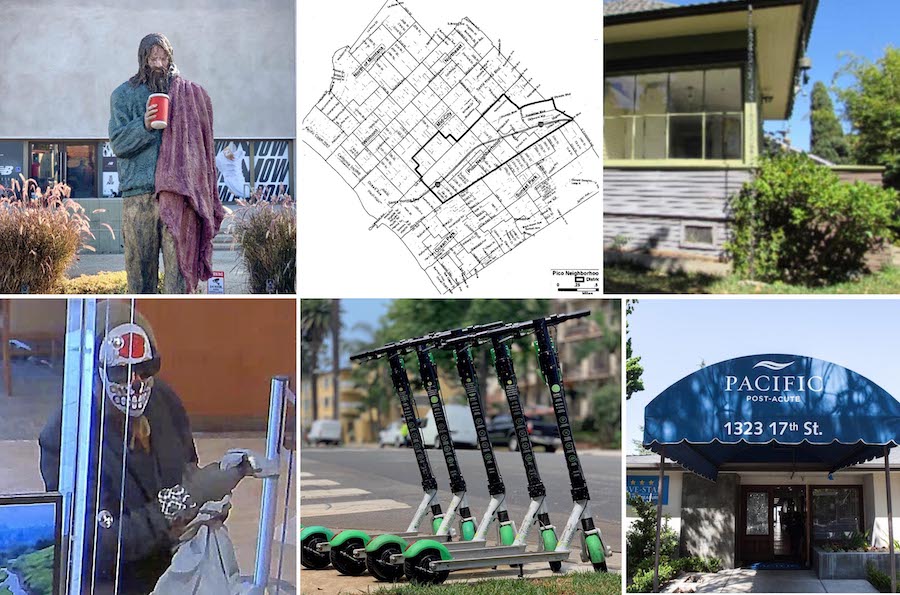 From a lengthy court battle over the future of elections in Santa Monica to city officials grappling with a growing homelessness crisis, 2019 was a busy year in the Santa Monica news cycle. Here is a look back on the 10 biggest stories of 2019 in Santa Monica as the year comes to a close.

Originally published January 28, 2019
January 22 marked a momentous day for the numerous people involved in the designation of the 11th Street Bungalows as a historic district, including members and supporters of Friends of 11th Street. After hearing both sides of the proposal, City Council voted to designate the 11th Street Bungalows as a historic cluster, preserving its legacy for generations to come. Full article here.

Originally published April 30, 2019
On April 29, the City of Santa Monica filed a motion requesting that the California Court of Appeal grant calendar preference to the City’s appeal from the trial court’s order in Pico Neighborhood Association, et al. v. City of Santa Monica. The City requested that the Court set an expedited briefing and argument schedule that would result in a decision by July 10, 2020. Full article here.

Originally published May 29, 2019
Earlier this month, the National Oceanic and Atmospheric Administration announced that global atmospheric carbon reached 415 parts per million, surpassing levels not seen in recorded history. In light of this news, last night the Santa Monica City Council adopted a nearly billion-dollar Climate Action & Adaptation Plan (CAAP), a roadmap to achieving an 80 percent reduction in carbon emissions by 2030 and reaching community-wide carbon neutrality by no later than 2050. Full article here.

Originally published July 17, 2019
California law requires all children to receive certain immunizations in order to attend both public and private schools, but in the past year, the vaccination rate among many kindergarten students in and near Santa Monica are declining.

‘Dumped Like a Dog’: Disabled Senior Left in Front of Homeless Shelter by Nursing Home

Originally published July 29, 2019
A disabled senior says a Santa Monica nursing home misled and left him in a wheelchair in front of a local homeless shelter without a place to sleep.

Alan Corona is a 72-year-old disabled senior who has a cervical disc disorder with myelopathy that leaves him dependent on a wheelchair and walker to get around. For eight months, Corona was living at Pacific Post-Acute, a nursing home, on 17th Street in Santa Monica. In June, however, a series of events led to his discharge. Full article here.

E-Scooters Not as Green as They Seem?

Originally published August 13, 2019
After taking Santa Monica and Los Angeles by storm, shared electric scooters were touted by many as a solution to the climate crisis. Bird and Lime, two of the largest producers of dockless e-scooters, both market their services as a way to reduce carbon emissions in urban settings. But a recent study published by researchers at North Carolina State University suggests that these devices aren’t as environmentally friendly as they might seem. Full article here.

On Tuesday, September 10, the Santa Monica Police Department (SMPD) received a call regarding an armed robbery at Wells Fargo on 10th Street and Montana Avenue at 9:51 a.m. Full article here.

The student is a senior at Santa Monica High School, a member of the water polo team and a strong swimmer, according to his attorney.  During the team’s swimming and water polo meet, he suddenly was unable to breathe, and after gasping for air several times, he immediately became ill. Full article here.

Originally published November 21, 2019
A seven-foot-tall sculpture of a homeless man at the former Savings and Loans building in Santa Monica asks the public to “contemplate their views and elevate their discourse on the issue,” of homelessness says the artist, who has a history of generating buzz in Santa Monica through art.

The statue, titled “In The Image”, sculpted by Ed Massey, is of a bearded homeless man wearing baggy clothes with a red blanket draped on his shoulders, depicting a man the artist came across 20 years ago. Full article here.