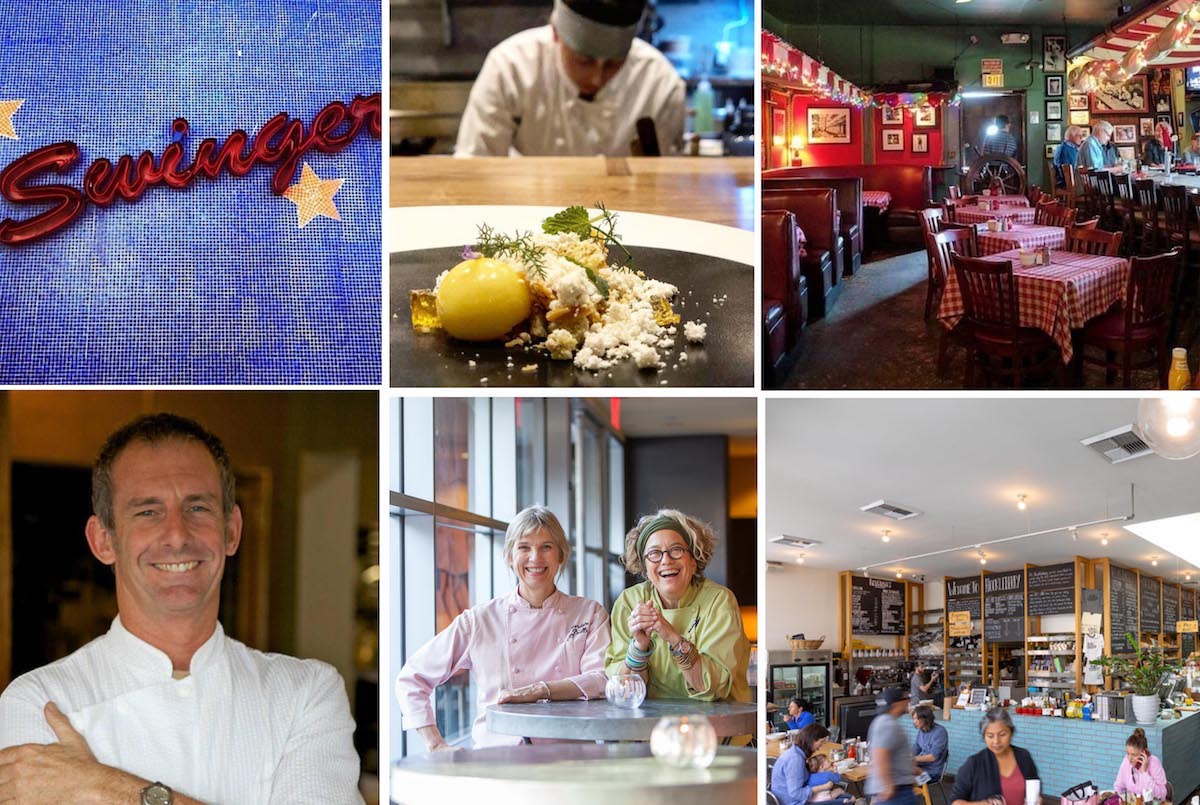 2019 was a year of highs and lows in the Santa Monica dining scene, from Michelin stars being awarded and new restaurants hitting the scene to the closing of longtime favorites and the passing of a beloved local culinary figure.

Originally published June 6, 2019
The inaugural Michelin Guide California is officially out, blessing California residents with the first ever statewide ranking from the prestigious guide. 657 restaurants received recommendations, 90 of which were ranked with Michelin stars. Since the early 20th century, the Michelin guide has evolved into one of the most trusted sources for travelers and foodies both near and afar. Over time, the revered guide grew to reflect different trends in dining but continued to rely on the five criteria used by inspectors for its consistent rankings. Full article here

Originally published October 25, 2019
Joe Miller, one of Los Angeles’ most prominent chefs who opened the acclaimed Joe’s Restaurant on Abbot Boulevard and Bar Pintxo in Santa Monica, died Wednesday night at the age of 60.

“It is with great sadness that we share Chef Joe Miller has passed away due to complications of a cardiac arrest in mid-September while doing what he loved, cycling. He has been an important presence in the culinary world for more than 30-years, exemplifying creativity, leadership and mentoring of hundreds of chefs and restaurant/culinary professionals. We mourn his passing and appreciate the outpouring of love and respect to him and the entire family during this very painful and challenging time,” Miller’s family said in a statement. Full article here.

Originally published August 29, 2019
There are very few late-night eateries in Santa Monica and there will soon be even less as Swingers diner has announced they will close on Saturday, August 31.

“This has been a tough and emotional decision for us to make, but one that is necessitated by business circumstances. Continual rising costs, food, labor, and operating expenses made our business model impossible to continue to maintain,” said Swingers said in a statement. “To all of our talented cooks, servers, hosts, bussers, dishwashers, managers both past and present and to our guests, our friends, and family…you have enhanced our lives, and we want to say Thank You for the journey.” Full article here.

Originally published July 1, 2019
I love restaurants with a story, a history. They are a few that I love in the LA area, like Musso and Frank, Philippe the Original and Santa Monica’s oldest restaurant, The Galley. Including in this venerable list is Chez Jay.

Located on Ocean Avenue in Santa Monica, Chez Jay has been serving locals, celebrities and visitors since 1959. Owners tell me they are known as a celebrity hang out, a “dive bar” and a “classy joint.” I know Chez Jay for its flawless martinis and succulent lobster tail. Back in the 90s, I knew it for its raucous bar scene one night. Full article here.

Originally published February 21, 2019
When an updated Disposable Food Service Ware Ordinance went into effect in Santa Monica on January 1, 2019, the city became one of the first in the country to ban the use of single-use plastics.

Under the ordinance, all straws, lids, utensils, plates, trays, containers, cups, bowls, containers, stirrers and lid plugs are banned in the City for prepared food products. Retail plastics products from grocery stores and other commercial outlets and not impacted under the scope of the rules. Full article here.

“Too Hot Tamales” Hit the Town with Socalo

The new neighborhood joint is opening this late Spring and will be located near restaurant-sparse Saint John’s Health Center and UCLA Santa Monica Medical Center.  They’ve taken over the old IHOP space at 1920 Santa Monica Blvd., adjacent to the Gateway Hotel, which is currently undergoing a major remodel and upgrade. Full article here.