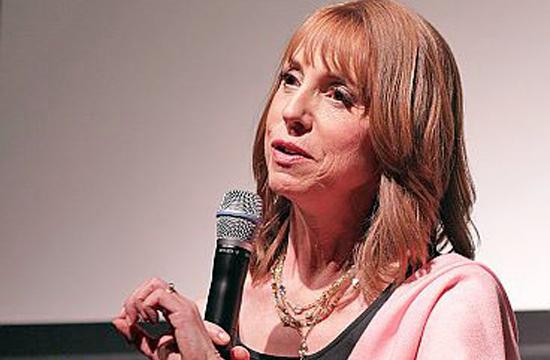 Awarding-winning author Lisa See grew up in Los Angeles surrounded by writers – her mother, Carolyn See, and her maternal grandfather. As a child she spent a lot of time with her father’s family in Chinatown which led to her writing her first book that traced the journey of her great-grandfather, entitled “On Gold Mountain: The One Hundred Year Odyssey of My Chinese-American Family.”

Her subsequent books, all of which deal with the Chinese experience, include “Flower Net,” “Peony in Love,” “Shanghai Girls,” and “Dreams of Joy,” which recently became the New York Times No. 1 Bestseller.

See recently sat down with a select group of journalists to discuss the film “Snow Flower and the Secret Fan,” which was adapted for the screen from her novel. The following interview has been edited for print purposes.

What was your reaction to seeing the screenplay version of your book?

See: It was amazing to see my characters, the story, and the emotions that I had in my mind. I’m literally seeing my actual words on the screen. It’s really wonderful.

How did you feel about the additions made to your story?

See: The modern part, which is woven into the film, is not something that I had envisioned, but I think it’s a very interesting way to tell this story. A book is completely different than a film and lives in its own universe. A film is a collaborative effort, starting with the director, who has his own ideas, so when you are one artist, what you hope to say is that I, as an artist, am turning this over to you.

Is there a message for today’s women in setting the ancient part of the film in the 1800s which graphically depicted foot binding?

See: The women who had their feet bound lived in total isolation and were illiterate, but they had a deep desire to communicate with others so that they could share their lives. Most of them lived in one room upstairs with one window to look out of from the time they were five until the time they died. That is why they invented this secret code writing called Nüshu, the only one of its kind in the world used exclusively by women. This secret language allowed them, in a sense, to fly out of that window and reach across the fields and find other women to “talk” to so they could share their lives.

To get back to the question as to what that has to do with today, I think in many ways women are still very much bound up in careers, we’re bound up with responsibilities to our families, we’re bound up to our houses, we’re bound up to things outside of our control – government, natural disasters — and yet we still have this deep desire and need to fly out of that window of our lives and reach across the fields to find other women to whom we can connect and share our lives. And that need hasn’t changed over time. Sometimes when you write something in the past, and I’ve done this before because I write historical novels, by looking at the past, that allows you to look at the present and to think about your own life.

Was it ever your intention that the relationship between the two women was going to transition into being lovers as some of the scenes looked like they were going that way?

See: I saw the film a few months ago and just saw it again and thought, “Are those girls going to kiss or not? Because they’re awfully close to kissing.” (laughs) I have gotten that question about the book from the beginning. Here’s the thing. Nushu writing, itself, was highly emotional, with lines like, “You are the love of my life,” “Our bond will last for 10,000 years,” “Nothing can ever sever our bond,” “You are the light of my life.” Reading those lines you would think those women were having sex. At the exact same time period in England, New England, and France, for example, women were living very closed lives. They were in their corsets and were in arranged marriages. Even in this country, women didn’t travel and didn’t have telephones so almost all communication between women friends was through writing. And when you look at that writing, it was written in that very same heightened emotional place.

Certain phrases were used in different continents during the same time period. Why is that? I think that part of it was the relationship you had with your husband was not like what we have today. You didn’t talk about how the kids are doing in school or where you are going on vacation, or the household budget, or whom you’re going to vote for in the next election. There weren’t any conversations like that – there was the men’s world and the women’s world and marriages had very little emotion.

Because of the intense emotions these women shared, did any of those relationships cross over into a sexual one?

See: There were some women who were more than just friends and were having sexual relationships. Academics seem to feel that it was about 10 percent.

As an historical novelist, how important is it to be totally accurate?

See: Hugely important and I’m really a nudge about that. Each time I received another version of the script, I didn’t have many comments about the modern part, but for the part that was based on the book and on historic fact, I felt that had be accurate. I’m happy to see that the part based on the novel is very accurate.

One of the great things about films and books is that they allow you to enter into a different culture and a different time. That’s what I especially love about books; you open them up and you step into a different world. That’s what art is about – whether it’s a book, or a film, or a painting, or music; it allows you to experience another time, another place, and another culture.

Did you start writing as a little girl?

See: No. Even though I grew up around writers, I didn’t start writing until I was 21. My mom is a writer and my mother’s father was a writer so I didn’t really want to be a writer, but I always say it was a good thing they weren’t plumbers.

By mirrormmg August 5, 2011
in Life and Arts
Related Posts