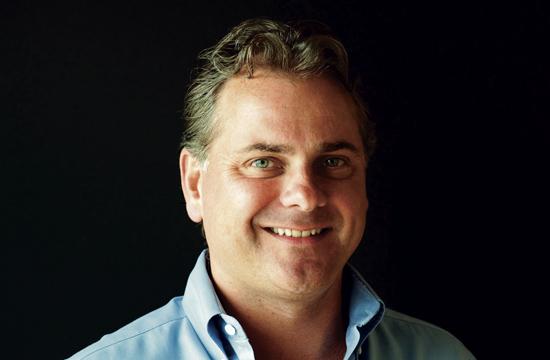 O’Connor began his career with Cunard Hotels and Resorts as an assistant manager with The Stafford Hotel in London and later transferred within the company to The Ritz London as front office manager. During this time The Ritz was taken over by Mandarin Oriental, which resulted in cross exposure with the Mandarin Oriental Hong Kong and hence the introduction to The Peninsula Group which he later joined.

Holding an MBA from Pepperdine University in Malibu and a degree in Hotel Catering and Hospitality Management from Thames Valley University in London, England, O’Connor currently serves as chairman of the Santa Monica CVB, chairman- elect of the Santa Monica Chamber of Commerce, Board Member for British American Business Council, and Board Member for Britweek.

He is married with three children and lives in Encino.

As incoming chairman of the Santa Monica Chamber of Commerce for 2012/13 on June 14, what is your involvement with The Chamber and what do you see as your role moving forward?

As chairman-elect and executive board member, I am actively involved in most of The Chamber’s key initiatives and activities that advocate for the Santa Monica business community. Fortunately, our Chamber is fiscally strong, and prior staff members have managed it adeptly through the years. Going forward, our goal is to build upon these successes and to grow membership by creating value. As chairman, my role will be to ensure that we continue to advocate smartly for businesses with effective, timely, and accurate communication on the key issues affecting commerce and by working closely with City management and staff to address concerns of business owners and operators. For example, we are currently reviewing the proposed Transportation Impact Fee and addressing the many concerns our members have through an active dialogue with city management.

As chairman of the Santa Monica Convention & Visitors Bureau and now incoming chairman for The Chamber, what do you think are some of the challenges that the City faces and what are some of your goals for the Board moving forward?

My involvement with SMCVB provided me with a deeper understanding of the value of our City as a complete destination and confirms my belief that we all need to work together to make Santa Monica the most compelling environment that it can be for business owners, vacationers, and residents alike. Given the intense competition from neighboring cities who envy our recent accomplishments and attempt to lure our resources away with promises, incentives and tax breaks, this goal is more important than ever. We are more vulnerable now than ever before due to the fiscal woes at State level and subsequent cuts unfairly imposed upon our Redevelopment Agency. If we are to continue to prosper, we must look after the golden goose – business – that lays golden eggs – tax revenues – that allow our exemplary City staff to deliver the exceptional services that have become synonymous with Santa Monica.

You work for MSD Hospitality, which is the company funding the redevelopment of the Fairmont Miramar Hotel & Bungalows. What is your role with the company?

My colleague, John Rucci, and I head up MSD Hospitality, which oversees MSD Capital’s investments in four hotel properties, one of which is the Fairmont Miramar Hotel & Bungalows in Santa Monica.

What do you think the redevelopment of the Fairmont will do for the City?

We are very excited about the proposed revitalization of The Miramar, as it will restore our 85-year-old hotel to its rightful place as one of the finest coastal resorts in Southern California. Among other things, the project will serve as a gateway to Downtown Santa Monica with new retail shops along Wilshire Boulevard and an exciting open space at Wilshire and Ocean with a prominent piece of public art, thus helping the City realize its vision of creating a dynamic, mixed-use environment downtown. Our plan will also preserve and showcase the historic Moreton Bay fig tree and Palisades building, remedy an ongoing parking shortfall, maintain the hotel’s union status, add approximately 150 new jobs and generate more than $5 million in new tax revenue for the City’s general fund.

How does the hospitality industry stand in this economic climate, particularly Santa Monica?

The overall U.S. Lodging Industry continues to improve from the Great Recession of 2008-2009. In fact, according to Smith Travel Research, in 2011, demand for hotel rooms reached an all-time high of 1.06 billion room nights, and hotel revenues reached a new high of $1.08 billion. While these statistics sound impressive, lodging and hospitality margins have not returned to pre-recessionary levels partly due to panic-driven room rate cuts during the lean years in the face of continuously increasing operating costs – especially healthcare, pensions, and utilities. As demand has returned, room rates continue to lag, hence the squeeze on operating margins.

Santa Monica lodging shares the same fundamental business concerns as the broader market, but we are fortunate that recovery in our City has been more rapid than in other areas. In fact, we anticipate City-wide Revenue per Available Room (RevPAR) returning to peak levels by 2013 for two reasons: a lack of new rooms supply since 1999 and robust leisure and business environments driven in part by technology, advertising, media, and production. Currently, the Santa Monica lodging submarket enjoys one of the highest occupancy and average room rates within greater Los Angeles, and we anticipate recovery in 2012 to remain intact with stronger price gains coming in 2013. Nonetheless, we must not ignore economic concerns elsewhere in the world, such as the deepening crisis in the Eurozone and a potential collapse of Europe’s single currency, as this would most definitely negatively impact our recovery.

What do you enjoy most about being part of the Santa Monica community?

Apart from the obvious elements – location, scenic views, weather, and all of the above, it is the people of Santa Monica who make this City the special place that it is.