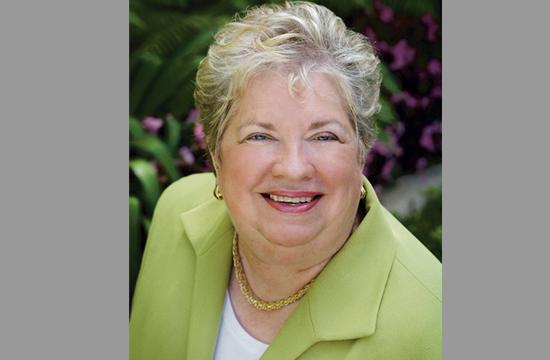 Longtime City Councilwoman Pam O’Connor was appointed to serve her fourth term as Santa Monica Mayor at the last City Council meeting of 2012.

O’Connor has served on the Santa Monica City Council since 1994 with her special interests being transportation and environmental sustainability.

She currently sits on the Board of Directors of the Los Angeles County Metro (Metropolitan Transportation Authority), which is a post she has held since 2001 representing the Westside and South Bay cities whose combined population approaches one million.

O’Connor works on policy issues with the League of California Cities, the National League of Cities, and the American Public Transportation Association.

She serves as a member of the Regional Council of the Southern California Association of Governments, the area’s metropolitan planning organization, representing the Westside Cities, and is Chair of their Regional Comprehensive Plan Task Force.

As an enthusiastic urban explorer, she is a regular user of Santa Monica’s Big Blue Bus and a strong advocate for public transit.

You will receive a special recognition award for “moving Santa Monica forward” at the upcoming State of the City on Jan. 24. How do you feel about this honor?

I am very honored to receive this award. I know it goes without saying that “it takes a village” in this case an entire City and region to achieve longstanding change such as getting light rail to the Westside. It has taken years of concerted work, strong political will and regional support, and an active advocacy group, to fund and now build Expo. I’ve been honored to part of that effort at the Metro Board, from the Santa Monica Council, and as a resident who worked for and voted for Measure R to complete the funding package.

You will be sharing the stage with Jonathan Wolf who will be receiving the Economic Excellence Award on behalf of the American Film Market. What’s your feeling about the AFM and the impact it has on the community?

First of all, there’s a great synergy between Santa Monica and AFM! And I’m looking forward to meeting Jonathan Wolf, who is Executive Vice-President of the Independent File and Television Alliance and the Managing Director of the AFM. AFM brings 8,000 film industry leaders from 70 countries to our city. It provides a steady flow of local jobs and an economic boost of over 20 million dollars each year to SM and it takes place during a typically off-peak season – a real boost for our local businesses. AFM has been in Santa Monica for the past 22 years, and we are thrilled that AFM will be in Santa Monica through 2017.

What is the message you will be sharing at the State of the City when you speak?

The State of the City theme is “Santa Monica on the Move” and there’s a lot to say about our progressive, sustainable, connected community in this regard. There are six themes of movement in Santa Monica as a leading edge 21st century city: mobility, sustainability, community wellbeing, economic vibrancy, clarity over changes to the physical environment, and the power of partnerships. I’ll set the context of where we are as a city and our City Manager, Rod Gould, will give greater detail on each theme. It’s an exciting time to be in Santa Monica and we’ll have much to say.

What is your vision in terms of moving the City forward?

Focusing on the theme of “Santa Monica on the Move,” I have been inspired by the energy of community members who have been championing for more active transportation options – walking, bicycling, and transit. The City Council recently adopted a Bicycle Action Plan and has a Bike Center downtown and will introduce bike-sharing this year. Programs such as Safe Routes to School and Senior Walking Training have led us to begin work on a comprehensive Pedestrian Action Plan. And in the transit realm, mobile technology and its apps provide trip-planning information and we’re moving to having real-time information about bus arrival available. Also universal access is critical piece – making sure our sidewalks are navigable for those who use wheelchairs, strollers, safe for young and old.

How important is it for the City to partner with organizations such as the SMCVB and The Chamber in achieving some of these goals?

Partnership is at the heart of why we are such a great City. Each of the sectors come together to bring what is best in themselves for the greater good of the community. Whether it is our schools, Santa Monica College, the Chamber of Commerce, Convention and Visitors Bureau or nonprofit organizations, our partners come together to solve problems and achieve solutions that are real. These partnerships are a cornerstone of Santa Monica. Santa Monica is known for its Sustainable City Plan.

How does that relate to the business sector of the community?