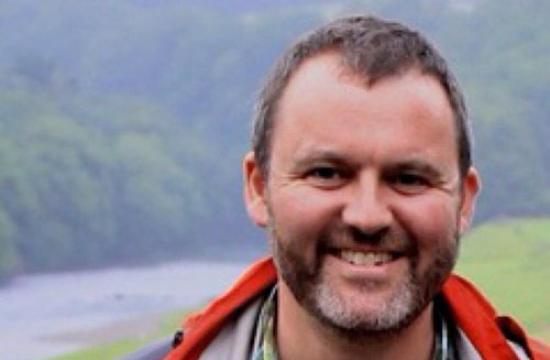 Heal the Bay has named veteran environmental leader Ruskin Hartley as its new chief executive officer, essentially taking the top leadership role that Mark Gold held for many years before he stepped down in January.

Hartley comes to Heal the Bay after a six-year stint as executive director and secretary of the Save the Redwoods League, the San Francisco-based organization focused on studying, restoring and protecting old-growth forests in California.

With a mission that encompasses urban planning, water conservation and ocean protection in one of the world’s largest metropolises, Heal the Bay is uniquely positioned to devise integrated policy solutions that can be applied to other cities globally, Hartley said.

“It was an honor and a calling to help protect ancient redwoods – one of California’s true natural icons,” Hartley said. “I couldn’t be more excited to join Heal the Bay and help protect some other special places – our beaches and oceans.”

The British-born Hartley held several management positions at the League, which he joined in 1998.

Trained as a geographer at Cambridge University in England, Ruskin expanded the League’s reputation as a conservation leader, widening its work into ecological science and youth education programs.

Under his leadership, the League protected 70,000 acres of redwood forest, raised $100 million of public and private support and launched the Redwoods and Climate Change Initiative that studies the effects of global warming on ancient forests.

“Ruskin Hartley is a leader who will inspire, motivate and lead Heal the Bay’s talented staff,” said Stephanie Medina, chairman of Heal the Bay’s Board of Directors. “He’s a noted speaker on environmental issues with a collaborative science-based conservation orientation. His skill as a strategic planner and his ability to bring vision and clarity to our mission will support Heal the Bay’s reputation as an environmental champion.”

His immediate focus will be leading the organization through its next five-year strategic plan, growing general membership and developing new fundraising models, Medina said.

In assembling a new management structure for Heal the Bay, the board named Alix Hobbs as Associate Director for the 28-year-old organization.

Hobbs, who has held several management roles at the nonprofit, has served as interim executive director since last September.

Under Ruskin and Hobbs’ direction, Heal the Bay staff will focus on four key policy issues this year:

— Advocating for the implementation of a strong stormwater permit for L.A. County to ensure that polluted runoff is adequately controlled and regional waterbodies are protected.

— Working to uphold the moratorium on oil drilling in Hermosa Beach, which Heal the Bay helped establish in the late 1990s and will be reconsidered in 2014.

— Developing a predictive beach water quality model to provide ocean-users with a more timely assessment of potential bacterial pollution at their favorite beaches.

— Consulting with local governments to advance policies that will help coastal communities in Los Angeles adapt to the future stressors associated with climate change, such as sea level rise, ocean acidification and beach erosion.

Gold, a 23-year veteran of Heal the Bay, returned to his alma mater to provide leadership at the Institute’s Coastal Center on Jan. 30.