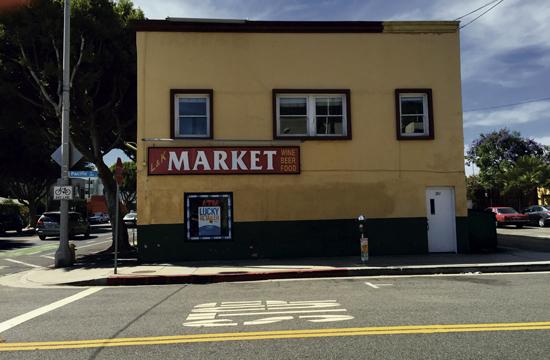 Two people walk into a store to buy alcohol, both at least passing the eye test, looking to be over 21. They approach the counter with the selected drink and pay the cashier. No questions asked, no IDs shown, just in and out.

Once the two leave, securing the alcohol, an undercover office immediately comes into the store to write the cashier a citation for selling alcohol to minors.

On Friday June 12, the Santa Monica Police Department conducted an undercover minor decoy operation. The program uses supervised individuals under the age of 20 who attempt to purchase alcohol at licensed retail establishments. Any sale of alcohol to a minor decoy by a licensee subjects the employee and the licensee to criminal and administrative sanctions.

The SMPD visited eight different alcohol retailers within Santa Monica, mostly on Main Street. Of the eight retailers, two citations were given, one to L and K Liquor and another to Marine Market.

“There were two of them,” said Samir, who was working the cashier at Marine Market when the undercovers came in. “They came in, and they approached the counter to buy their alcohol. He looked like he was 30 years old though, so I didn’t ask for ID.

“He didn’t have a beard or anything, but he looked older. He looked like one of the construction workers.”

This was Samir’s second time attending the cash register during an SMPD undercover minor operation. The first time an officer had come in shortly after he refused service to a minor to tell Samir he had passed the inspection.

The citation process, according to Samir, isn’t exactly clear. After he sold the alcohol to the minor, an undercover police officer came in to write him a citation.

When asked how much the citation would cost, the officer informed Samir to call SMPD in two weeks for more details.

This operation is undertaken by the Santa Monica Police Department – Vice Unit. At times, but not always, the State Alcohol Beverage Control Investigators join the operation.

The Minor Decoy program has proven to be an effective tool in promoting responsible practices in the sales of alcoholic beverages by licensees, reducing substance abuse, and enhancing community welfare by limiting underage access to alcohol, according to the Santa Monica Police Department.

The operation is part of the Department of Alcoholic Beverage Control’s Minor Decoy/Shoulder Tap Grant Project funded by the California Office of Traffic Safety through the National Highway Traffic Safety Administration.