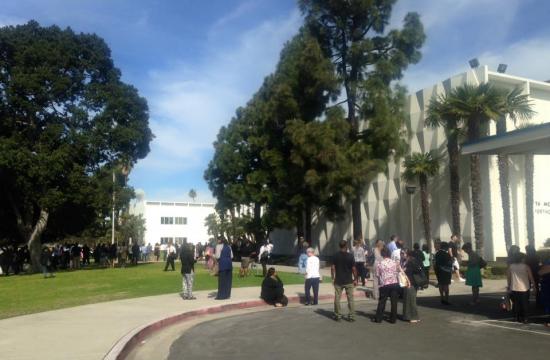 Natan “Rami” Avraham is an Israeli immigrant who has lived and worked in Los Angeles for almost 30 years. Over the past six years he has spent countless thousands of dollars, been deprived of his property, denied fair rulings and been accused of being a terrorist andthreat to society by Los Angeles Commissioner Matthew St. George in his own courtroom while ruling on the divorce between Rami Avraham and his wife. St. George became the sitting judge on this case in 2013, replacing Commissioner David J Cowan.

Despite every legal attempt to remove Commissioner St. George due to unfair and clear bias and obtain the lawful right be granted a fair and impartial hearing, Commissioner Mathew St. George remains. With no other recourse, Rami Avraham has committed to a hunger strike to begin March 14th at 8am at the Santa Monica Courthouse. The purpose of the hunger strike is to inform the public of his plight, the institutional bias against men and the cultural racism towards Middle Eastern immigrants, and to spur the Los Angeles County Superior Court to action regarding acknowledgement and payment of the damages incurred due to these unjust and malicious rulings.

“I have lost most of my property, my money and my reputation due to the biased rulings, slander and accusations of Commissioner Matthew St. George,” said Rami Avraham. “I will begin my hunger strike to show our courts that the people of Los Angeles, men and immigrants, will not be treated as second class citizens, left broken without a fight in the face of bias and racism.”

The direct quote taken from official court transcripts from September 3rd, 2015 and demonstrating St. George’s racist slander is as follows:

“…people like him are a threat to society. We’ve seen it on the news every day. Everybody says, oh, they are just a little crazy. Yeah, and the next thing you know they get a gun and shoot a lot of people or kill my family.” – Commissioner Matthew St. George.

Commissioner St. George’s derogatory statement is in response to a simple protest placard mounted on Mr. Avraham’s work vehicle that clearly references the abuse of power exhibited by St. George and legal recourse against it. The placard reads, “JUSTICEFORAVRAHAM.COM ‘If Commissioner Matthew St. George is not going to follow the law and disqualify himself from my case, I’m going to do my best to enforce the law on him.’”

The derogatory statements by Commissioner St. George show clear bias against Mr. Avraham. To label a non-violent Middle Eastern family man with no criminal background as a terrorist and danger to society shows clear lack of impartiality towards Mr. Avraham personally and a racist bias against male immigrants from the Middle East.

Under Commissioner St. George’s rulings (and as a continuation of rulings under previous Commissioner on the hearing David J. Cowan), a pre-existing agreement between the Avrahams to sell their shared properties and jointly share taxes, costs and capital gains was ignored in lieu of favoring the spouse and inventing new legal agreements that were never agreed to by Mr. Avraham in a blatant and disturbing abuse of judicial power. During the course of the hearings:

All of these motions, actions and rulings and others not cited in this document have left Rami Avraham struggling to pay massive bills in addition to his children’s student loans, credit cards, taxes and capital gains taxes on all properties, which were in his name but sold as community resources. He has no money to bring in another lawyer, and no incentive against a biased judge.  As such Avraham will begin a hunger strike on March 14th at the Santa Monica Courthouse.