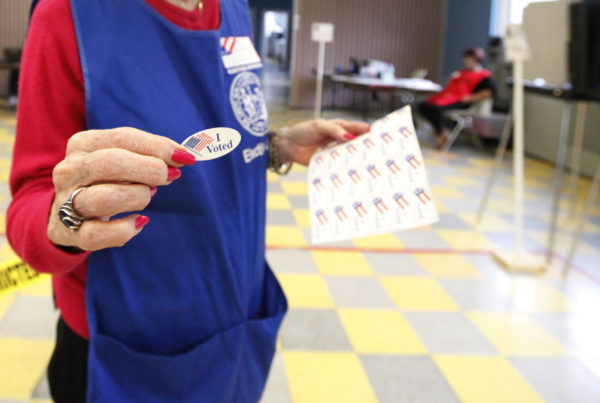 A voting rights case that could change the future of elections in Santa Monica saw both sides give final arguments on Tuesday, September 11 as the trial wrapped up after six weeks in court. A decision from Judge Yvette M. Palazuelos, expected after October 25, could force the City of Santa Monica to replace their at-large election system with a district-based system.

The case, Pico Neighborhood Association et al. v. City of Santa Monica, pits voting rights advocates against the City of Santa Monica. The plaintiffs, led by resident Maria Loya, argue that the City’s at-large election system dilutes the Latino vote in City Council elections and is in violation of the 2002 California Voting Rights Act, which was passed to increase opportunities for Latinos and other minorities to elect representatives of their choice.

The case against Santa Monica was filed by Malibu-based attorney Kevin Shenkman, who has initiated similar lawsuits in dozens of cities throughout California. In 2012, the city of Palmdale was forced to change to district-based elections after losing a lawsuit to Shenkman. Other cities in the state, including South Pasadena, Lancaster, West Covina, Arcadia and Torrence have voluntarily switched to district-based systems fearing legal action from Shenkman.

At-large election systems were the norm for most of California’s history, but in the late 90s as the population became more diverse, this system of electing officials came under criticism from minority activists. These critics argue that at-large elections result in a disproportional number of white individuals dominating city councils, commissions and school boards. In the case against Santa Monica, plaintiffs argue that 13 percent of Santa Monica’s population is Latino yet the proposed Pico neighborhood district that would be 34 percent Latino. These residents, they contend, are currently under-represented in City Council.

The City counters, however, by saying that Latinos do enjoy success in City Council elections, pointing to Latino Councilmember Tony Vazquez, who is one out of seven councilmembers. Defense lawyers argue that this makes City Council 14.3 percent Latino, greater than the 13.1 percent of the City’s 89,736 residents who are Hispanic or Latino. The City also points to Mayor Pro-Tempore Gleam Davis, who testified during the trial that her adopted parents told her that her biological father is from Mexico.

“Latinos in Santa Monica have had tremendous success electing candidates of their choice to the City Council, and that any change in the City’s method of election proposed by the plaintiffs will not increase (and in fact would likely diminish) Latinos’ ability to elect candidates of their choice,” wrote Debbie Lee Chief Communications Officer for the City of Santa Monica’s City Manager’s Office in a statement.

The defense’s evidence included testimony from voting rights scholar Dr. Allan Lichtman of American University, political scientist Dr. Jeffrey Lewis of UCLA and former RAND Corporation demographer Dr. Peter Morrison. The testimony from these experts was used by lawyers for the City to argue that Santa Monica’s election system was not in violation of the California Voting Rights Act.

The plaintiffs have until Sept. 25 to file a closing brief. The defense will then get 20 days to submit a response before Judge Palazuelos issues a ruling. If all parties take the maximum amount of time allotted to submit documents, Judge Palazuelos will be able to render a decision as of October 25.

If Judge Palazuelos rules in favor of the plaintiffs, it remains unclear what impact this would have on the November election, especially if a ruling overturning at-large elections is handed down after the election.

The Santa Monica Mirror reached out to the plaintiffs for comment, but they have not responded at the time of publishing.